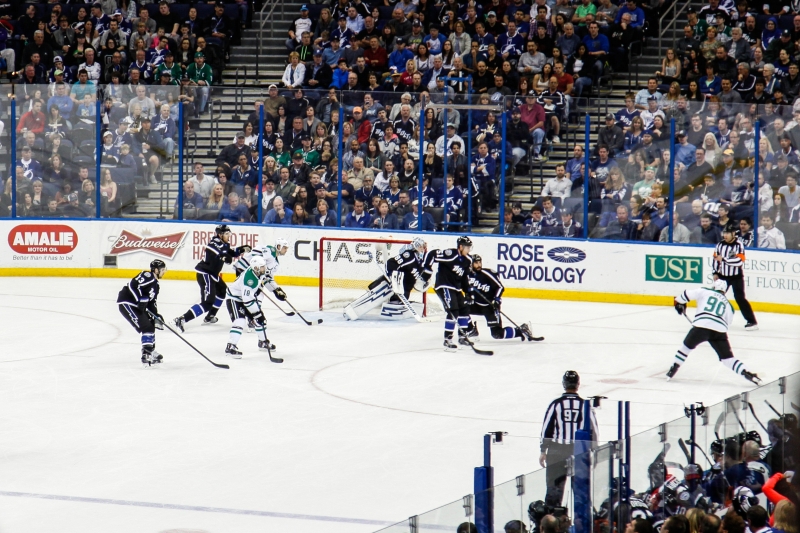 Ice hockey is one of the top most popular sports in North America. The National Hockey League (NHL) is a professional ice hockey league with 31 teams, 24 in the USA and 7 in Canada. The NHL was set up in 1917, when it took over from the National Hockey Association. Ice hockey is a dynamic and exciting sport, with a huge fan base in North America and around the world. Here at hockeyjerseysmall.com we are pleased to bring you everything you need to know about the NHL and ice hockey in general, including up-to-date news, history and facts.Modern hockey jerseys are made from the best synthetics for good performance. Featuring the team colours and logo, the jerseys also show the name of the player and their number. Hockey fans can buy jerseys to match their favourite player from their team.

All 31 teams in the NHL compete every year for the coveted Stanley Cup. This is the oldest trophy for a professional sports competition in existence, the first award having been to Montreal HC in 1893. For the 2018 competition, the reigning champions and favourites are the Pittsburgh Penguins, who are looking to secure a third consecutive win. Second and third are the Edmonton Oilers at 9 to 1, followed by Tampa Bay Lightning at 12 to 1. At the bottom end of the league, the Arizona Coyotes, Vancouver Canucks and Vegas Golden Knights are all languishing at odds of 200 to 1.