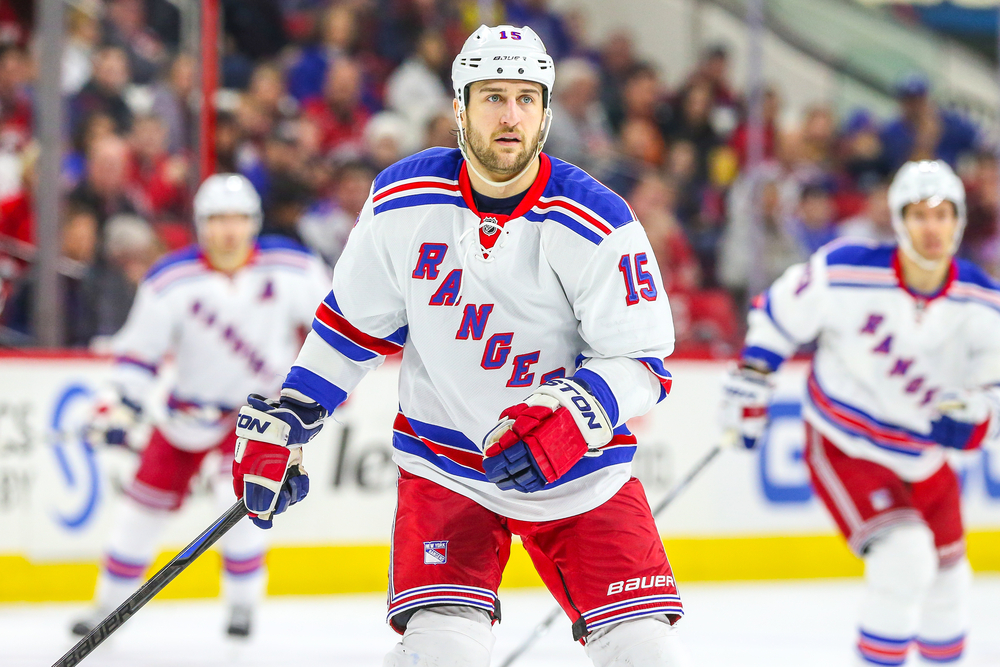 In the NHL the players wear strips (colours) of the team they play for. The kit for playing hockey consists of jersey, pants, stockings, gloves and a protective helmet. In the professional game the jerseys need to be a standard issue and identical for all the NHL hockey teams. The players also use hockey sticks and protective equipment under their kit, which have no ruling to be identical, as the jerseys need to be. You will notice that the goalies have gloves, pads and masks all coloured to match their teammates. Each team has two colour strip kits, one with a light base and one with a dark base. Until season 2002 – 2003 the teams wore the light-coloured uniforms at home and the dark ones away, but since the season 2003 – 2004 it has been the other way around.

When ice hockey began in Canada it was played outdoors, being a winter sport. The players wore sweaters that they still use today. Unlike other items of the uniform, the jersey or sweater as seen on the professional teams is mass marketed to the public. Fans have a choice of purchasing an exact copy of the professional jersey, or a cheaper replica version.The sweaters used by the professional teams display the team’s logo. Some of the teams also have another logo on the shoulders. Individual players have a different number on the back along with their surname. The jerseys are fitted with a tie-down which joins to the players’ pants, stopping the jersey from being pulled over a player’s head.Since 1995, a few NHL teams have brought out a so-called third sweater, which allows a little creativity on the design. Some of these are used to showcase a vintage design throwback. The third sweater is not worn at all games, and only allowed by special permission from the league.The third sweater will not feature in the 2017-18 season, due to a change in the jersey manufacturer. All 31 teams for this season will now be supplied by Adidas. These are up-to-date jerseys with light, cool and strong material.